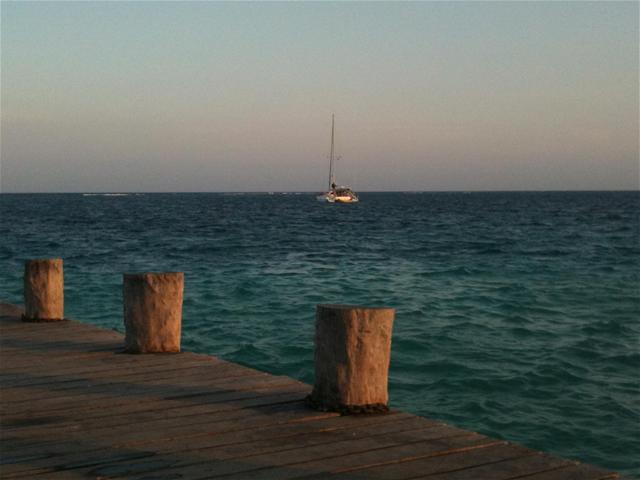 Update: Beginning with SDK 7.1.0, Titanium supports ES6 features, including Promises, by using the transpile flag in tiapp.xml. This means you no longer have to import the Bluebird library in order to use Promises in Titanium.

In this tutorial, we are going to take the xhr.js library we built in Creating an Alloy Library for Appcelerator Titanium and adapt it to use JavaScript Promises.

JavaScript Promises have been around a few years, and are a handy way to make asynchronous callbacks easier to work with in your JS code. Since the rise of node.js and its non-blocking i/o, asynchronous callbacks are everywhere. Promises, once understood, can go a long way to helping you avoid getting stuck with a bunch of callbacks.

For more info on JavaScript Promises, see my notes.

And if you want some background on the xhr.js alloy that we will be working with, go here.

Promises are an official part of JavaScript as of of ES6, however, Appcelerator Titanium doesn’t yet support ES6. Not to fear, we can still use Promises in Titanium with one of many popular libraries.

Since we need to use a Promise library for now, let’s get one installed and set up. For our demo, we will use bluebird, a well-supported library that is compliant with the ES6 version.

We will be using the minified version Bluebird’s core library (Get it here).  You can go with the ‘full’ version if you want, just keep in mind that (in both flavors) not all of the library features are available in the ES 6 version of Promises.  This would be an issue for you if later on ES6 (and Promises) are supported in Titanium, and you want to switch to those instead of bluebird.  Otherwise, you could just stick w/ bluebird for your app.

Download the promises.core.min.js file and place it in the app/lib folder next to your xhr.js library from the previous tutorial.

All we need to do now is require the bluebird library just as we would  regular Alloy library:

Ok, enough with the setup. Provided you followed all the steps, (and I explained them correctly), then when you build your Titanium project, you should see the bluebird library being added at compile time, and then the app should launch ok.

Now that we have Promise support in our Titanium app, let’s do a simple test.

If all goes to plan, you will see ‘done!’ message in the console.

Step 3. Modifying xhr.js to use Promises

Now that we have a promise library working in Titanium let’s use it with the xhr.js lib we created previously.

Issues with the Traditional Callback model

Sooner or later, your app is going to make a request to a remote endpoint, fetch some data, and then do something with that data when it returns to the app. Doing these 3 steps on their own is fairly simple, but what happens when we have to do multiple fetches, or we need to do several things in the app after the data returns, such as update the UI, or notify the user? Things start to get complicated.

This example is pretty straightforward: we’re doing one request and are handling the return data in a single callback function. The issue arrises is what happens if we have multiple requests to make, such as if we have to do an initial GET request to the api, then do a follow up request to a different endpoint based on the data returned from the first one. We’ll have to nest the followup xhr.send() inside the onSuccess() callback of the initial request.

Ok, you’re starting to see the problem. We’d need a way to chain these together. And, what do we do about error handling?

Now when we go to run our example, we can do something like this:

Our code looks pretty similar to how it did when we were using the old version of xhr.js with traditional callbacks. The power of promises comes in to play when we start chaining promises.

Now we are getting somewhere! Trying to do this with callbacks would get a little complicated, plus we’d have to do more work to catch all errors.

What if we have several requests to make at once, and we don’t necessarily need to chain them together, but we need to know when all the requests have completed? For this, we can use Promise.all.

Promise.all() simply takes an array of promises, and it will then produce a promise that will resolve once all the other promises have resolved. Let’s do a quick example:

It would have been a challenge to handle all of those asynchronous requests, responses and potential errors using traditional callbacks. Using our promisified xhr library and Promise.all, we are making it a lot simpler.

The TiStarWars app is currently laid our in 3 parts:

In TiStarWars, I am using Backbone Collections to track data and bind to tableviews, though you can use whatever you like to handle this, including Alloy Collections.

Check it out here: https://github.com/adampax/TiStarWars