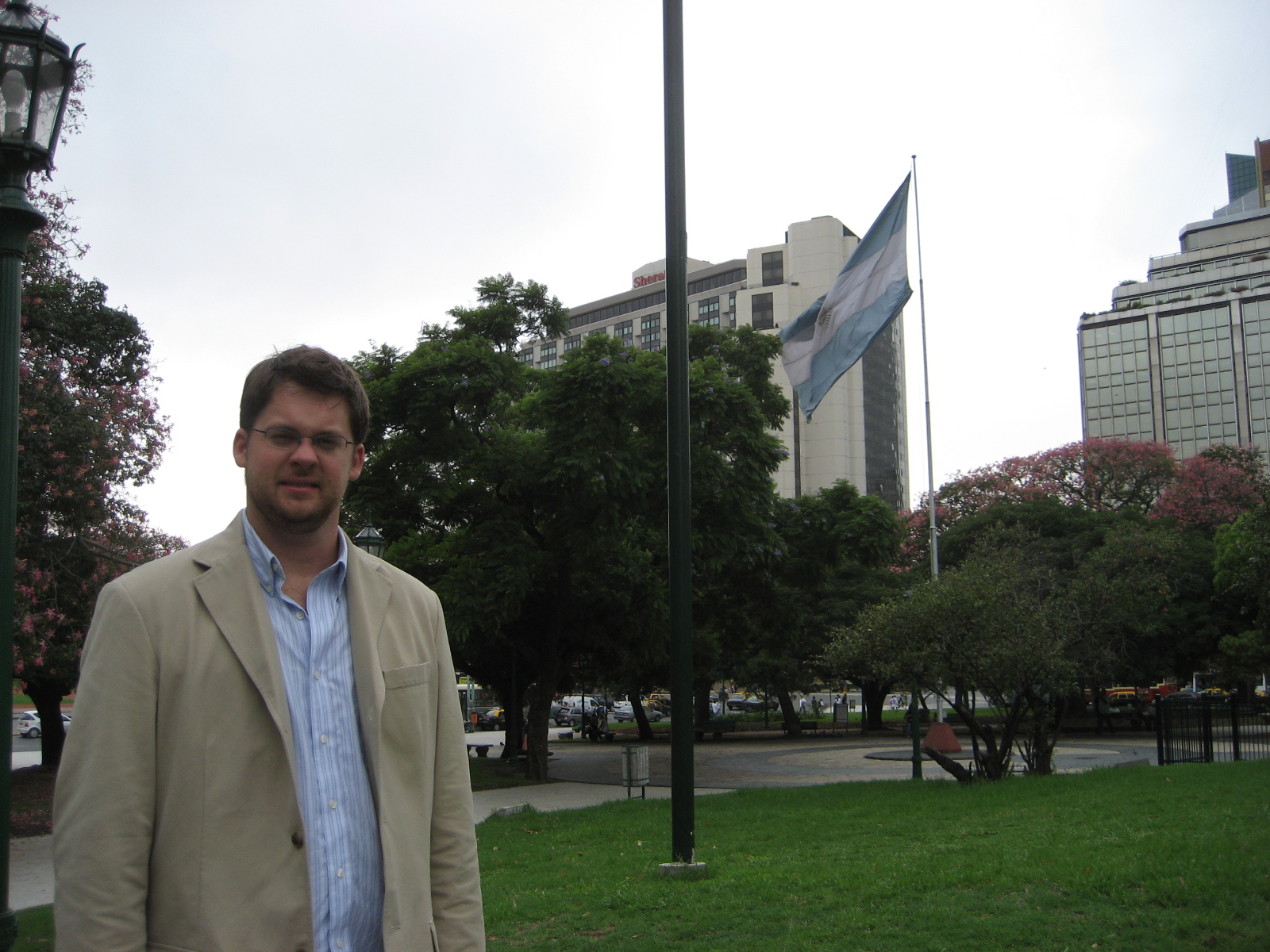 Hard to believe it has been almost a year and a half since Gretchen and I visited Buenos Aires. We toured the city and surrounding countryside near the tail-end of February, 2008, which coincided with the last weeks of summer in this country (way) south of the equator.

It was my first trip to a country not in North America, being as we were in the Southern Hemisphere, there were a few things I wanted to verify. The toilets do indeed flush in the opposite direction. It was a bit odd, though, because with just about all the toilets I tested (several), the manufacturers were definitely northern-hemispherian, and had designed their tazas del baño to flush in northern-hemispherian fashion.  Nevertheless, the poles, or gravity or magic or whatever immediately corrected this oversight at each flush.

I didn’t hear of Soda Stereo until almost a year after returning from the trip. As it happened, we were in another Argentinian steakhouse in Mexico City where they were playing a DVD of a live studio performance by the band. It wasn’t until later, when I had asked a few Mexican friends if they were fans of the music, did I discover that the band had been around a long, long time. When asked, my friends were giving me some odd looks, as if I were asking an American if he or she were fans of Duran Duran.  “Yeah, I guess. 20 years ago, sure.”